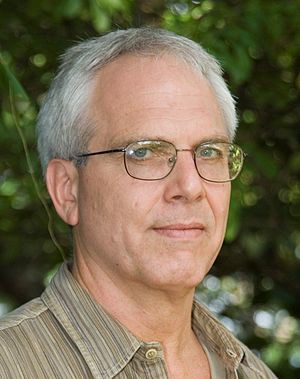 In episode 45 of the Sustainability Agenda, Professor Bill Laurance reveals the enormous, and neglected, environmental impact of road building in the global south and highlights the massive environmental risks associated with China’s dizzyingly ambitious Belt and Road initiative—a vast series of infrastructure projects across 70 countries with an estimated budget of $8 trillion. Laurance explains the traditional cycle of road development and its detrimental environmental impact–which has to date mostly been neglected: deforestation from road development can amount to 12 times the impact of any specific infrastructure related project. He also discusses the approach of overseas Chinese companies: after many decades working on the ground as a researcher in the tropics, he has seen first-hand some of the adverse environmental impact of large-scale infrastructure investment in countries with less developed regulatory systems, and the impact of huge bribes to local politicians. Finally, he looks to the future: as this issue is getting increasing attention via The Convention on Biological Diversity and leading environmental organisations, more needs to be done to get the message out.

Bill Laurance is a Distinguished Research Professor at James Cook University in Cairns, Australia, and also holds the Prince Bernhard Chair in International Nature Conservation at Utrecht University, Netherlands. His research over the past 35 years spans the tropical world, including the Amazon, Africa and Asia-Pacific regions, and his research focuses on the impacts of intensive land-uses, such as habitat fragmentation, logging, hunting and wildfires, on tropical forests and their biodiversity.  He is also interested in protected areas, climatic change, the impacts of roads and other infrastructure on biodiversity, and conservation policy.  To date, he has published eight books and over 600 scientific and popular articles. Professor Laurance has received many scientific honors including the BBVA Frontiers in Ecology and Conservation Biology Award, a Distinguished Service Award from the Society for Conservation Biology, the Heineken Environment Prize, and the Royal Zoological Society of London’s Conservation Scientist of the Year Award.  He is also founder and director of ALERT—the Alliance of Leading Environmental Researchers & Thinkers, a group that advocates for environmental sustainability.