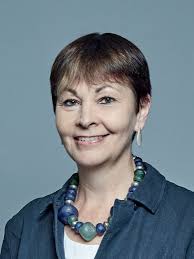 In this interview with Caroline Lucas, the first Green Party Member of Parliament, we discuss how “green” the UK is, and what progress – if any – is being made towards achieving net zero greenhouse gas emissions.

Climate change is getting more and more attention from across the political spectrum. Theresa May, in one of her last acts as prime minister, committed the UK to net zero emissions by 2050 – a target Caroline says it is too late. We are off target on near-term goals and the longer term goals are weakly implemented, she says. What we need is a massive 10 year mobilization strategy, on the order of a third world war.

With predictions that the global economy will triple in size, we need to take a step back and focus on living with what we have. We should focus our energy on green growth instead of net growth. International action on repairing the damage to the ozone layer was successful because everyone responsible was brought together. There are 100 companies responsible for 70-80% of emissions; this is one place we need to start.

Caroline was elected as Member of Parliament for Brighton Pavilion in 2010, becoming the first Green Party MP. Before that, she served as one of the Green Party’s first Members of the European Parliament. She has twice led the Green Party of England and Wales. Prior to politics, she worked at Oxfam for ten years.

Caroline’s book, Honourable Friends, details her first parliamentary term as a fresh, green voice to the House of Commons. She also co-edited a book on cross-party working called The Alternative.